We have been on a trip again!

We have been to Bruxelles and the winner show that was held there in December 2002. Already in the beginning of the year Stefan and I talked about going to Bruxelles, but Cattis didn’t think so…. According to her it was too far and too expensive to travel to Belgium ­ and that was it! Ok, in August Cattis and Stefan were in Finland with some dogs and Kelly from Holland was also there. Kelly has Prada (Hardy-Flap’s Lord Byron Caspall, ow: K Chaii) from us. Kelly had decided to go to Bruxelles AND then Cattis didn’t thin it was too far or too expensive to go there…. Good that people can change their mind! It was fast and easily decided that I and Cattis would go and Stefan would stay home and look after the dogs. Ok so far so good, now we had to decide WHICH dogs we should bring with us. We thought for a while and then we decided that we should bring Ludde (Ch Hardy-Flap’s Strangers In The Night, ow: G-B Höjer) and Fia (Hardy-Flap’s Thank You For The Music, co-ow: U Ohlsson). When Ulla heard that Fia was going to see the world she also wanted to go! Then we had to start calculating…. It’s almost 1000 km to Bruxelles and in the middle of December you don’t know how the roads are. It’s not funny to drive on icy roads and it also takes longer time. So Cattis searched to find cheap flight tickets instead and she found some good tickets! When our friends Inger and Göran heard that we were going to fly they also wanted to come. We decided to leave early on Saturday morning and go back late on Monday evening thereby we would be able to explore more of Bruxelles. The day before the departure, on December 13, all of the travellers gathered in Höllviken and the morning after, around 5 o’clock, we took the train to Copenhagen Airport. There were 5 people, 2 dogs and 1 trolley. Oh yes, our trolley, that we also used on our trip to Copenhagen, was travelling to Bruxelles so the dogs would have a place to sit. Just after nine o’clock we arrived in Bruxelles after a nice flight. When we got off the plane our trolley was already there waiting for the dogs, so we could just continue our trip. We took a big cab to the hotel so all of us could be in the same car. Now it was time to take a closer look at Bruxelles. Just as we were waiting for the elevator Kelly and Prada arrived. So good! Now the whole gang was gathered. We decided to walk to the older parts of Bruxelles so Cattis got hold of a map and then all of us followed her. There were lots of traffic, cars everywhere but as soon as you stepped out in to the street the cars stopped. During our walk we made lots of people happy when they saw what we had in the trolley ­ or perhaps they were laughing because they thought we were nuts?? When we arrived at Manneken Pis there were lots of tourists, mostly Japanese tourists. This day I don’t know what was photographed the most, Manneken Pis or the trolley with it’s content. People acted like crazy when they saw the dogs in the trolley. Ludde, Fia and Prada weren’t frightened by the fact that everyone wanted to look, feel and take photos ­ it rather seemed as if they enjoyed the attention. When we had walked for a while we started to get thirsty, luckily we were almost at the square La Grande Place where Cattis knew there were some nice coffee shops. At the square there was a big Christmas market and we soon found our way to a huge Christmas tree and an outdoor restaurant. We ordered coffee as well as beer. It was amazing to sit outdoors on December 14 and not being cold! We couldn’t sit too long so soon it was time to find the way back to the hotel. On the way back we bought some Belgian waffles that were served with sugar or chocolate. I think there are just as many waffle stands in Bruxelles as there are hot dog stands in Sweden. Ulla and Kelly chose chocolate on their waffles and that didn’t seem to be a very good choice…. Because the chocolate was everywhere.. But the rest of us had some laughs at Ulla and Kelly when they ate with their entire face! The dogs had been bathed in Sweden but they had to have another one due to the show. So when we arrived at the hotel we began bathing and grooming them. And not too late in the evening we had prepared all the three dogs for the next day…. The show! The cab picked us up at 8 o’clock and drove us straight to the show ground. The judging wouldn’t start until 10 o’clock but when you show abroad you don’t know in which ring you will be or where you should get the numbers for the ring or in which order the different breeds will be judged, so it’s important to be in time. In Bruxelles are no exhibitors allowed to leave the show before 5 o’clock in the afternoon, so for us it was the start on a long day.

We found our ring and got our numbers for the dogs and at the same time we notice that there will be an other judge than the one we had entered for. Help, now we are really nervous! Because some judged in Belgium (and also in other countries) don’t like the bichons to be groomed, and not as groomed as we are used to see them in Scandinavia. When we looked around we saw that the other bichons were groomed too, but not as much as our dogs. We were lucky and got a judge that judged the dog and didn’t bother about the length of the coat! We had a wonderful day. Prada won the junior class and was then also the best junior of the breed and thereby he became Belgian(junior) Winner-02. The next dog to show himself was Ludde and he did very well! Ludde was best male with the title Belgian Winner-02 and then also BOB. Since Ludde got the CACIB he became international champion. Fia also did very well and was best bitch with the title Belgian Winner-02 as well as BOS. Besides our bichons there were bichons from Belgium, Holland and England. I can tell you that it was wonderful that everything went so well and it was also fun that we had so many friends to celebrate together with! When we had finished in the ring the trolley became very handy again. We put all our things together and could then easily walk around and look at everything. I have to admit that I bought some candy, a little too much I think…. It’s easy to forget how much 20 euro is in Swedish money! Anyway now it’s all gone, but it was lovely as long as it lasted. We were going to compete in some of the afternoon’s finals, so in good time we found some good seats for us and the trolley on the gallery and from there we could follow all the competitions. One of the finals went GREAT for us and that was the breeder’s group. We became BIS-2 with Ludde, Fia and Prada. It was really wonderful that they picked our groomed bichons. It wasn’t easy for dogs or handlers in the ring since there were several people in the ring so before you knew WHO was the judge there were some difficulties.. It was especially tricky in the breeder’s group, there had Cattis no clue who was judging until the group was picked for the placing. In this case it was a judge dressed as Santa! It was good that none of our dogs bothered with how the judge looked or how he was dressed, but I can say that it would never had been allowed in Sweden…. But that is also a bit of the fun to see something you haven’t seen before! We stayed and watched the entire final and then we took a cab back to the hotel. The weather wasn’t any nice Christmas weather it was raining like hell. At the hotel the mutual request was FOOD! The day before we had seen a Pakistan restaurant close to the hotel so we walked there. We asked if we could get in with a trolley full of dogs and that was ok. The dogs behaved perfectly during dinner and slept well in the trolley. They only raised there heads when a new guest entered the restaurant. On Monday we were going shopping in the centre. First we ate a wonderful breakfast at the hotel and then we received a new map. Cattis once again took the lead and all of us followed her nicely to the metro station. We went down a couple of stairs and on the metro. The dogs sat nicely in the trolley even though I think they wondered what we were up to now. We managed everything even if it was a little tricky on the metro to make sure that the trolley and all the people got on and off at the right places. We had a lovely walk along one of Bruxelles nice shopping streets and we made our visits to a lot of shops and bars along the way. It’s quite expensive in Bruxelles but at least the beer was cheap so Göran was satisfied! When you are enjoying yourselves time pass quickly and soon it was time to take the metro back to the hotel, where we had our luggage. We said good by to Kelly and Prada because they were taking the train to Amsterdam and we were going to the airport. There it was once again time for Ludde and Fia to get down in their bags. Once again we had a nice flight and after arriving in Copenhagen we only had to take the train back to Sweden. Everything went well besides the fact that some of us went down to the wrong platform and we therefore missed one train…. But it only delayed us 30 minutes. We had a wonderful trip and now we have to see when an where we are going the next time. 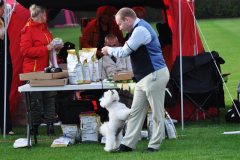 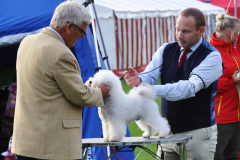 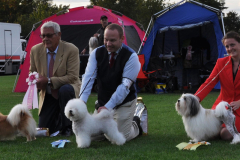 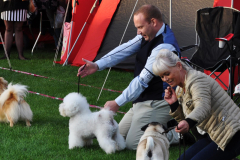 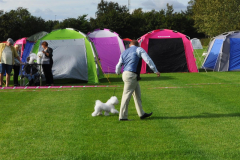 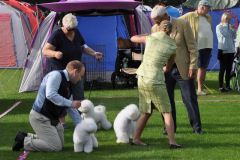 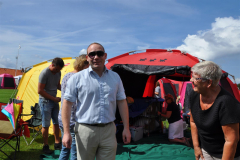 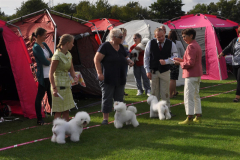 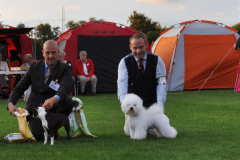 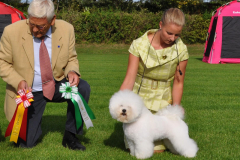 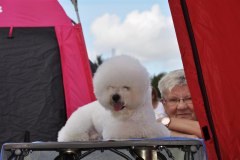 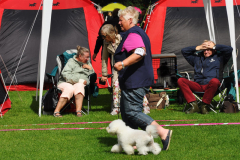 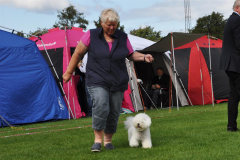 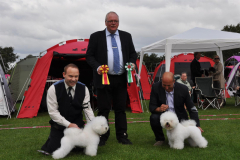 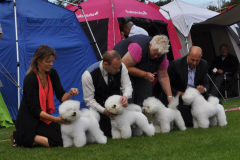 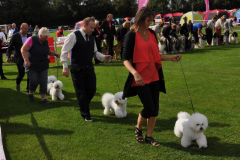 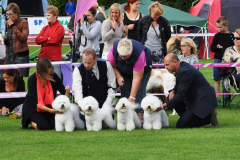 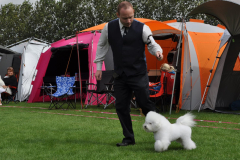 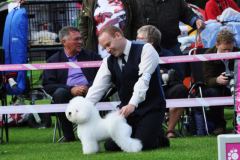 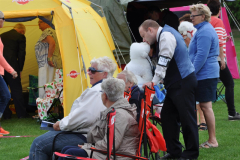 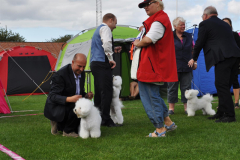 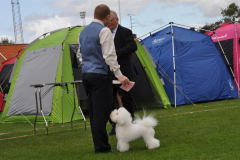 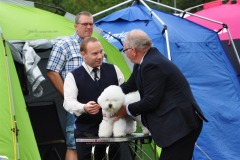 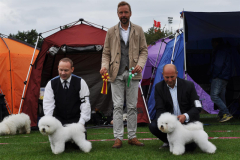