After the large international show it was time to go back to the smaller hall for a national show that began at 5 o’clock pm. At this show the bichons were to be judged by a Swedish judge. We were the last breed to be judged and that was good since we had so much to prepare before the dogs could go into the ring. Petra had arranged everything with the documents and the entries for us so we could just enjoy until it was time for our dogs to go into the ring. We had time to take the dogs for a nice walk in the shining white snow that was to be found outside and then the dogs had to be prepared again. We also had some time for some celebration too… Some champagne to celebrate Lola’s achievements and also the other dogs was greatly appreciated! It was very tasty!
We also had a great second show, Oskar and Dennis won CC:s again and the same did Lola and Birgit. In the BOB-class Birgit beat the other dogs and was BOB. There are different regulations for the national and the international shows, at the national shows no best male or best female is chosen instead all dogs who has won there classes with excellent compete for the BOB. In the finals Birgit and Dennis was once again best couple when they beat a couple with french bulldogs. In the middle of the judging there was a large man who walked right through the ring, disturbing the judging but it all went well and we won the cup. Our breeder’s group had hard competition… we were the only (!!) group, so we were BIS for the Swedish judge. Now it was time for the big BIS-competition and it was to be judged by a judge from Serbia-Montenegro. He took two cups and he placed the small one beside the coton de tulear, this dog was placed as BIS-2. The big cup he placed beside Birgit, she won! This was the second year in a row that she was BIS at the toy club show, so it really was a happy gang that left the show centre at 10 o’clock in the evening to go to Petra’s and Oskar’s home for a late dinner. It was really nice to meet Petra’s mom again and she had prepared a wonderful dinner for all of us. We ate a lot and enjoyed our time together. We also had some champagne to celebrate my birthday (30 years) and all the success we had had during the day. This sure was a great birthday with lots of special memories. As a dessert we got a wonderful chocolate cake that Oskar’s owners had prepared and it sure was yummy! But everything has an end so also this evening, Petra was kind enough to drive us all back to the centre of the Ljubljana and that was nice because otherwise I don’t have a clue if we would ever had found our apartment again! Well, once back in the apartment we had to go to bed and then it was soon time to get up again…

Sunday morning and once again time for a show and as soon as we had arrived at the show we prepared the dogs and then we waited for our turn. And we had to wait for some time… The show was set to start at 9.30 but the judging didn’t start until after 10 since the ring stewards weren’t ready with their preparations… Our judge for the bichons was the same Croatian judge that had made Lola group-1 the day before. All our dogs won their classes with excellent and CC and Dennis was once again best male. Since Lola didn’t want to move Birgit was instead picked for best bitch with CACIB and then also BOB. In the afternoon’s finals we were once again BIS-couple for a judge from Luxemburg. I can tell you that once the show was over we were all very tired and quite happy to go back to the apartment to relax. We packed our bags and took a well deserved shower and then we went for a long walk with the dogs in the snowy Ljubljana and both we and the dogs enjoyed it. We found a restaurant and ordered some pizza and we enjoyed that with a bottle of good Slovenian wine in our apartment. Since it had been a weekend with lots of meetings with new and old friends, lots of success and little sleep we all went to bed quite early. In the morning we said farewell to Biljana and Lola since they were to go and pay for the apartment and then drive back to Croatia. Petra came and picked us up and drove all of us and the luggage to the airport. She also invited us for a fantastic breakfast with hot Italian chocolate and new baked croissants. It can’t be described, it must be experienced! Time flew quickly and soon it was time to say good-bye to Petra and Oskar. We went to the gate to wait for the plane and wait was what we had to do for a couple of hours… Our airplane was coming from Romania and they had so bad weather there that the plane was several hours delayed. We were lucky enough to be able to take the dogs for a long walk around the airport so once they came in again they were quite happy. Several hours delayed our plane finally came and the flight to Budapest went well. In Budapest we once again had to wait for the flight to Copenhagen, but it wasn’t so bad. In Copenhagen we got our bags and went through customs – and guess who was there? It was mom, Tommy and Lene who were standing there with Swedish flags and champagne to celebrate our success! We got so surprised and it was so nice! All of us had some champagne and some good laughs together. This was a really happy ending on a wonderful trip which was only possible to perform due to our wonderful puppy buyers who take so well care of their dogs and also help us in every possible way.
Stefan 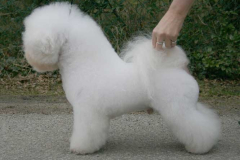 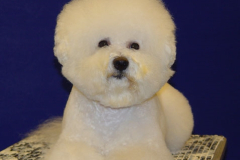 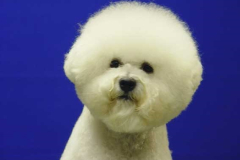 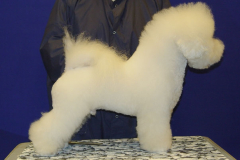