Saturday September 5 there was a show at Böda sand, Öland. And what a day we had! Olle, Hardy-Flap’s Unbreakable Hermes, made his debut in the show ring and the way he did it… Olle was best male with CC and BOB! Lotta, Ch Hardy-Flap’s Nya The Ninjago, also had a great day. She was best bitch and BOS and also got the CC. Thereby Lotta became both Swedish and Danish champion!

But there was still more to come…. Olle did so very well in the ring and was group-4! What a day! 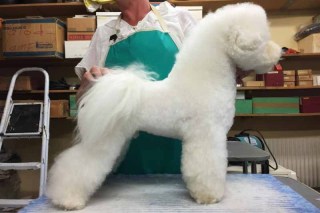