The first weekend in July there was a two-day show in Gützkow, Germany, and our team was there!

First day, Svante (Ch Jitterbop Promises In The Air) went all the way to BIS-2! And we also had more success since our junior Glory (Royal Frise Glory) was BIS-junior and the old lady, Berit (Ch Hardy-Flap’s When Trumpets Fade), was BIS-veteran and our breeder’s group was BIS! 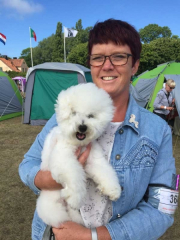 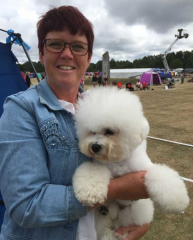 Lovely weekend! With lots of fun and great show results!! Congratulations to the owners!