The evening ended with a shower, walk with the dogs and pizza and French cheeses in the hotel’s garden under a slightly cloudy sky. On Monday it was time for sightseeing by bus in Paris. At 10 o’clock we gathered and then our guide was there, great Carina! Since we had friends from France, Switzerland and Finland, we asked to have the information in both Swedish and English. Paris is a great city. Ten million people, eight mayors, beautiful old buildings and beautiful limestone houses. The guide informed us that it was Napoleon III, who had renovated the Paris, took water into the houses and made sure that the buildings and facades became modern by the standards of that time. The beautifully decorated stone houses was really impressive to see! Our sightseeing tour took us around to all the famous places in Paris and Carina spoke engaging and interesting about all that we saw. Outside Les Invalides, which was actually a military hospital for more than 8,000 soldiers but is now a museum, we took a break. Straight ahead was the Parthenon, the great Napoleon’s final resting place. The top of the dome was decorated with gold worth 10 million! Beautiful was just the beginning. The dogs and the two-legged loved to take a walk and a lot of photos were taken. We continued and soon we were at the Trocadero, where there was a short photo break. Berit who had taken the grand slam again was photographed with the Eiffel Tower in the background. You can believe she appreciated the attention, there were more tourists photographing Berit than the surroundings. At the Champs de Elysse we didn’t visit the stores where Louis Vitton et al. housed. I believe it was the best for our wallets… Eventually we reached the Place de la Concorde where the guillotine was used extensively during the French Revolution. 1300 people lost their heads at the square, among them Queen Marie Antoinette. Interestingly, but less pleasant information was that all the condemned was forced to shave off their hair and the reason for this was that the blade was dull and otherwise it was a risk that it would not go through … Ouch, ouch, I say ..
Our tour ended at the river Seine where most went off to explore Paris by foot, some stayed, however, on the bus and were driven back to the hotel. Those of us who jumped off the bus, searched us into the crowd and soon we found a restaurant where we took the opportunity to have lunch, then we split up and discovered different parts of Paris! My gang had time for some more sightseeing and then we sought the shade of the old Louvre gardens, beautiful and very nice. There was wine or ice cream, how about the famous ice creams Quasimodo, Esmeralda and coupe the cardinals? Yum, I say! It was very warm, but the park was nice and we enjoyed the beautiful plants, flowers, fountains and manicured lawns. After purchasing the carnet, the ticket for the metro, we went back to our hotel again. In the evening we had scheduled a four-course dinner for the whole group, ie, both two-and four-legged. 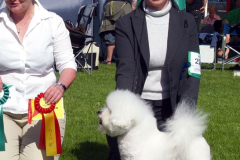 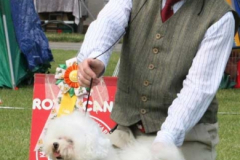 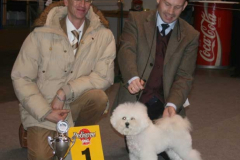 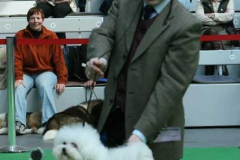 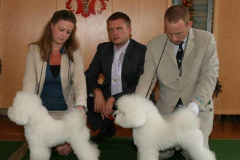 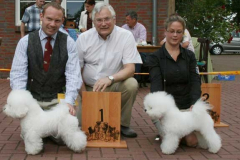 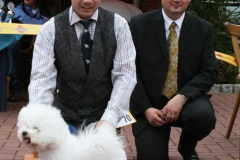 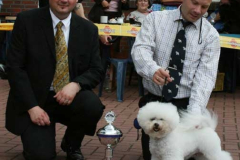 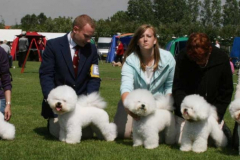 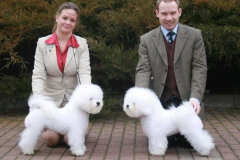 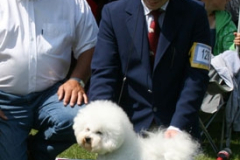 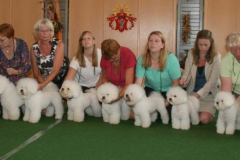 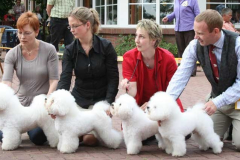 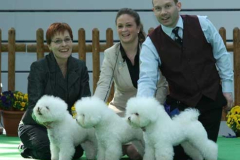 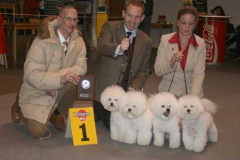 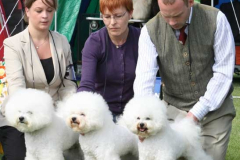 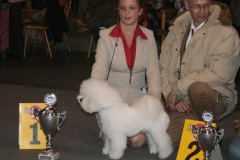 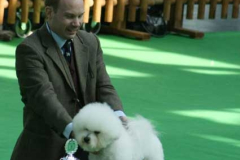 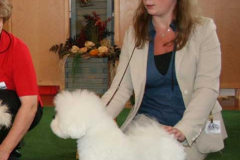 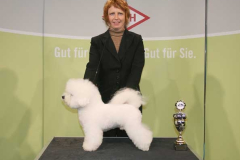 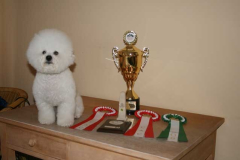 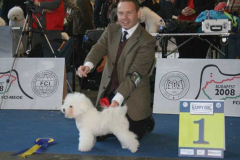 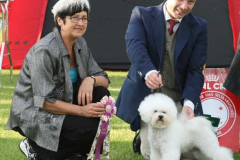