Early Saturday morning we were on our way by train across Öresund. The dogs sat in their bags. Everything went well on the trip to Belgrade with a stop in Vienna. We arrived to Nikola Tesla airport in Belgrade where our puppy buyers waited. Since we hadn’t met before it was a bit difficult at first, but eventually Helena and her daughter Natalia were there. It was so great to finally meet. Everything went well and we were driven to our apartment located in the city of Belgrade. We made ourselves at home in the apartment and then all of us went to a Serbian restaurant. The restaurant was decorated as a mountain cabin. We sat on benches with animal skins and after a while the evening’s dishes were presented to us. Helena and Natalia told us what the food contained. All the food was special dishes from Serbia and soon it was evident that the portions were very large. We started out with different types of salads, fried buns dipped in ajvar – and it was all very good. Chili and garlic was a common ingredient. Eating red and green chilies, was really good but one could feel it in the throat. Domestic wine as well as strong alcohols were tasted by us. At the first sip I felt nothing, but after a few seconds it began to burn in my throat. The dogs lay nicely in their bags beside the table. We were served not less than four courses as well as refills. Most of us were full after the starter and then it just continued. Later in the evening it was time to return to the apartment to make the dogs ready for the show the next day. We bathed their feet again, but otherwise they were really nice.
Sunday
It was a late start of the day since we were told that the program of the show was to be delayed. So even if the show ground opened at 8, we shouldn’t go there until 9 o’clock. The reason was that it was not worthwhile to go there too early since the arrangement would be delayed – it always is. We walked the dogs on a small patch of grass outside our apartment. Taxi was ordered by using a mixture of English and Serbo-Croatian. When we arrived at the show we could just go in, but at the inlet we were stopped since we were three people and only had two dogs. Our conversation with one of the staff was a bit funny since he only spoke Serbo-Croatian and we don’t. In a while an English-speaking vet arrived and he explained to us, checked our documents and let us in. Now we had to find our show place, meet our friends, prepare our dogs, pay our debt for registration fees and prepare for the judging. According to the catalogue there were 18 bichons entered for a judge from Montenegro. The ring was on the second floor and after we had paid the remaining fee, we went there. The flags hanging from the ceiling showed were the judges and the exhibitors came from. A blue and yellow flag hanging from the ceiling showed our presence there. Romeo’s handler and groomer was there (Romeo is Ch Hardy-Flap’s Tropical Storm and he is Helena’s dog). He was off duty and had come to help us during the day. Marco helped us throughout the day by explaining the rules and regulations in Serbia. Many thanks for this.
When the documents were fully prepared by the ring staff, the judging began about 20 minutes late. First breed was maltese and then two Bichon Havanese and then it was time for the bichons. Bichons from Serbia, Croatia, Montenegro, Austria, and our two from Sweden were entered. The judge was a very kind and nice gentleman from Montenegro, Miodrag Vretencic. Most bichons were very clean but the grooming was in some cases a bit different.  All dogs were well kept. In Serbia bichon is a really popular breed. Max had two competitors in his class, but in the end he was placed as number one. Then Max won the Serbian CC, and he became Serbian champion. In competition for best male, Max competed against a male from Austria, who is after our Lola, living in Croatia. Max won and got the CACIB. Then it was time for the bitches and in champion class two dogs were entered but it was just Cherie who stepped into the ring. She was in great mood, and charmed everyone. She floated through the ring, and there were many smiles around the ring. She won her CC, became Serbian Champion, and was also best bitch with CACIB, and became International champion. In the competition for Best of Breed, Max won and Cherie was BOS. Outside the ring a lot of people waited; our puppy buyers, Marco, grandsons of Romeo and Ana who helped to manage the catalogue. When the judging was done, we toasted in champagne for our success. During the day we spoke to other bichon owners, looked around the exhibition area, reviewed documents, etc.

When we came to the Serbian Kennel Club’s stand, a gentleman looked at us in a happy way when he realized we were from Sweden. It turned out that his brother had moved to Sweden and he himself had been in Sweden on a vacation for a three month period. So all of a sudden we stood there and spoke Swedish in Belgrade without problems, that was fun! Prior to the finals, we managed to get hold of the vet. The dogs had their tablets and stamp in the passport, it was nice to get it done. The vet was very nice and come to our place close to the final ring and fixed everything. The dogs were prepared and the finals passed one by one. It was very difficult to understand in what order they should be judged, everything was in Serbo-Croatian. Finally it was time for group 9, and into the ring steps our breed judge, hopefully, we had a slight chance of placement. Dogs went into the ring, BOB trophy was presented by the Serbian Kennel Club chairman. Five dogs were picked. The five finalists consisted of a Boston Terrier, white Toy Poodle, black poodle, Chihuahua Longhair and Max. After another individual review two dogs had to leave the ring, and I and Max were still in the ring. Believe it or not, finally Max and I stood as 1st in group 9. Incredibly fun, and Max was as always in great spirits. Once again he got a major trophy. When it was time for the BIS he was not placed even though he showed himself in a positive way. After the show we went with the dogs to a large park that runs through the whole Belgrade and let the dogs have some fun. In the evening we went to one of the largest indoor places in Belgrade, Supermarket. A new ultra-modern restaurant combined with a shopping arcade, where dogs also were welcome. At 24:00 the time it was time to go back home to sleep in the apartment.
The rest of the week
We usually began the morning by buying freshly baked bread in a nearby bakery. Then time for a walk in the neighborhood to visit the small shops. There was a large market close to us were everything was sold: fruit, vegetables, meat, fish, clothes, electronics, etc. Several times we went to the old part of Belgrade, Zemun, where Romeo lived with his family. Sava river was at the side of the promenade and the dogs enjoyed to walk there. Romeo showed his friends around the small streets and alleys of Zemun. It was amazing to see, and it’s not strange that this area is a protected ancient monument. Among other things, we came to a tower from the Hungarian Empire, where an Orthodox church choir practiced. It was very impressive to listen to. Max and Romeo were not best friends at this time, so after some barking they also calmed down their feelings and listened to the magical music. We also visited Helena’s cafe where we had hot tea, and listened there, along with a music producer to on one of her daughters, who performed two self-composed pieces of music.
We also visited a very large shopping center, Uscje. Four stories high, filled with shops and the dogs came along in their bags. One of the evenings we visited one of the older restaurants, residing on the central pedestrian street in Belgrade. They had a lady dressed in a 1700 century dress that stood at the entrance and welcomed the guests. At the main course five musicians entered and played and sang Serbo-Croatian songs, very nice!
Driving was a different thing in Belgrade. It was a little bit different from what we are used to in Sweden. Blinker is unnecessary, and parking can be done in both double and triple lanes. If you need to stop to do an errand, you just stop in the middle of the street and turn on blinkers and then you move the car when the errand is done. In one of the taxis, we went on a ride with, the speedometer went all over the place as soon as the speed exceeded 50 km / h!
When it was time to go back home Helena escorted us to the airport. Helena, Romeo and his family had been with us all week and helped us so very much so of course we all felt sad. The flight was very delayed, with the result that we had to run like crazy at the airport in Vienna, first through the passport control, and then following a guard at the check point to get us to the gate for Copenhagen. We had our bags checked and got on the plane and then it took off! When we arrived at Copenhagen airport, we were told that our luggage were not on the plane due to the delay. However, the luggage was going to be delivered later on. The dogs were overjoyed to come out of their bags and get to pee on Danish soil. On the train across the Öresund there was a customs inspection, and it became very lively when the custom’s dog came and sniffed at our bags. Everything went well and the officer checked the dogs’ passports. Well, finally on the Swedish side there were four cars standing in line to pick us up. Max and Cherie were overjoyed to see their owners again. The little luggage we had was put in the cars and then we all went home. Serbia is a wonderful country and is so very different from the image given to us by the media. It is well worth a visit, and we had so much fantastic fun, and enjoyed our time there. Thanks to all friends for your help! 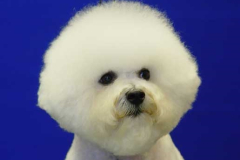 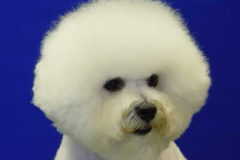 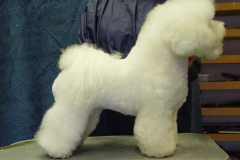 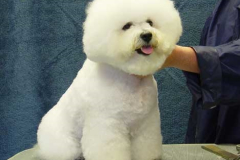