Sunday morning was quite nervous since this was the “big” day. It was this day the anniversary show was held and it was also a larger show than the previous day. When we came to the show we found out that we had a judge we had never showed for before. We waited for our turn and when it was time to enter the ring a lady came to us and said it was rescheduled and the breed was being judge as the last one in the ring. Well, we went back to our seats and sat down and waited. After a bit of time we got a new message that two breeds were being judged before it was our turn, about 14 dogs. Since it was plenty of time we spoke to a couple of the exhibitors, saw how it went for our friends and congratulated them. Then we took the dogs for a walk and when we came in again the judge pointed and it was time to go into the ring. It was a switch of plans and she judged us first before the second breed. Since the dogs had already been groomed we only needed to comb them quickly and change to a show leash and then we went to the ring. Kurt became best male with CC and BOB. Lene showed Berit and she became best bitch with CC and BOS. When the judge heard that we were foreigners she dictated her critique in English, which was very nice of her. The hours passed and it became warmer and warmer. We found out that it was almost 30 degrees outside, and you really felt it when you went outside. It was a really nice and well-organized show and above the honour ring they had the Swiss flag. When it was time for the finals we had been informed during the day that since it was so few entered to couple and breeder classes, everybody had a chance to enter at the show. We had really trained Kurt and Berit in the couple since they had only walked together on the day before. When it was time to start the judging, it was no less than 7 participants in best couple class. The judge was Marta Heine from Germany and she went through all the competitors. She took out three finalists, and Berit and Kurt were BIS-couple. It was so nice to win Best couple the second day in a row, we were so happy. There were several groups to judge but finally it was time for the Best Iin Show. I don’t know how many dogs that entered the ring but it was quite a few. A japanese chin from Holland, a maltese from Italy and Kurt from Denmark/Sweden. One of the German judges was acting as a speaker and he did a nice job. The judge for Best In Show was Marta Heine. She went over all the dogs thoroughly and then watched them individual when moving. Kurt was in a good mood and he really showed off. She picked out three finalists, and Kurt was one of them. Then she asked us to walk one last time all together, Kurt was last in the row but when we had walked she picked Kurt for the first place, and he did it again. Kurt won Best In Show two days in a row!. Since this was a very special show we all; Kurt, the judges, and me had to pose for the photographers. It was truly wonderful and of course we were over the moon. Kurt won several trophies and a wonderful painting from 1886, which was a gift from one of the judges. When we had spoken and said goodbye to all our new and old friends, it was time to go to the airport. As always our friend had already arranged this and a wonderful family waited to drive us. They were happy with the day but they had not made it to the finals, so they had stayed all day just to drive us. We were of course very grateful for this. When we arrived at the airport in Zürich our driver didn’t want to get paid but we had at least some Swedish dog candy to give them. Hopefully their dog enjoy that. Since we had several hours until our flight would take off, Lene and I thought we should take the dogs for a walk around the airport.
There were a lot of shops, and we also found some grass for the dogs. We did have a problem though; one of the trophies was so big that we weren’t able to put it in any bag. My backpack was too small so it wasn’t possible to close it. Because of this everyone we met could see what Kurt and Berit had been up to. It was quite funny when we came to the security zone, and the staff looked at the monitor, and said: “Look, there is one and there is another one!” We didn’t have any guns but lots of trophies! We had a tremendous journey to Switzerland and even though we were quite tired when we arrived home late Sunday evening, we were very happy. Who knows, there might be a new trip since Lene and I have to say hi to our friends again…
Stefan 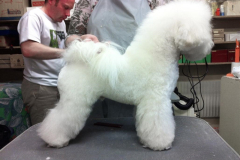 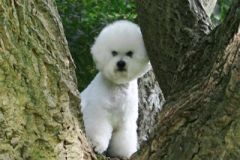 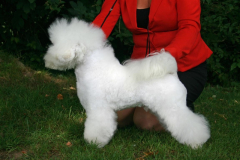 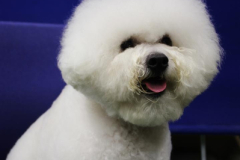 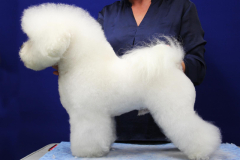 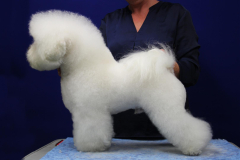 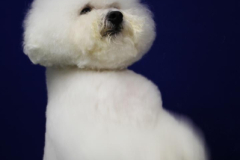 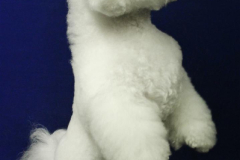 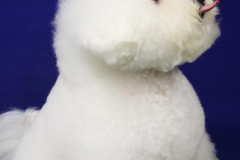 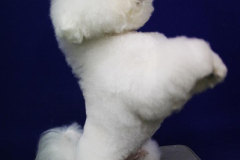 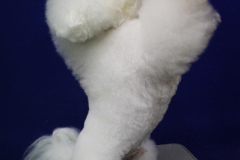 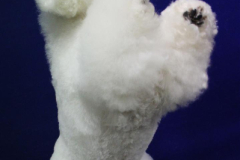 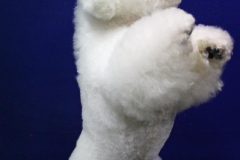 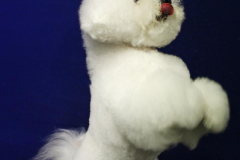 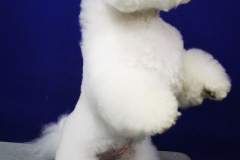 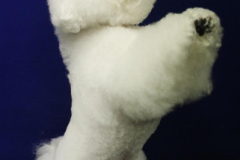 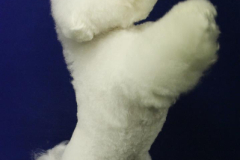 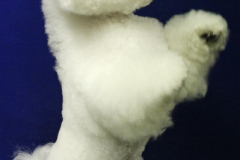 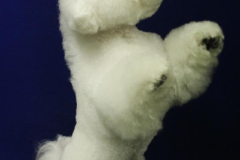