In the beginning of the year when we were looking at different shows that might be of interest to us, we decided to go to Gotland in July. For several years we’ve been at the show in Bornholm in July, but this year we decided to do differently. The list of people and dogs that wanted to go just kept on growing and in the end we were 16 people and 15 dogs! The ones that were going were Tommy and Lene with Kurt and Charlie, Ulla and Göran with Nikita, Inger, Ulla, Felicia with Dennis, Pia with Gimli (malinois), Jan and Lena with Bettan, Linnea and Ebba, The Bäckström, family with three salukis and finally mom, Catarina and I with Birgit, Berit, Hjalmar and Astrid.

During Wednesday evening and Thursday morning we bathed and groomed dogs. There were quite a few! In the afternoon we began our trip to Oskarshamn. Since we were so many that travelled together, we had decided to meet at the harbor of Oskarshamn so everyone got a chance to know each other before we entered the ferry. Once we got on board Jan, Lena and Inger server tasty meat ball sandwiches, which were very much appreciated. During the time on the ferry we had time to rest, shop, and watch movies – so we were all very busy. When we arrived in Visby we had to say good bye to Pia, because she was spending her weekend with malinois friends. We drove north on the island to the hostels, where the rest of us were staying during the weekend. The dogs got to go for a walk and then it was time to go to bed.

Friday
This day it was possible to get some rest and to enjoy the surroundings. All of us thought it was nice to have an extra day and not do so much. The dogs enjoyed themselves in their playpen and they had complete control of what happened around them. In the afternoon we re-bathed the dogs paws and then it was time for dinner. Jan was responsible for the food and had a barbecue with some sausages and meat. As a dessert we enjoyed candy and some homemade cookies. Later on we played a Swedish game called “kubb” and in the end we had a winning team. The winners, who were cleverer than the other team, won fair even if the others thought differently… The winning team consisted of Felicia, Stefan, Björn, Ulla and Carin. After eating some more candy and some laughter it was time to prepare for the next day’s competition and then off to bed.

Saturday
As usual we got up early to take the dogs for a walk and then it was time to prepare the dogs and then we left to the showground. The Bäckström family got to sleep long in the morning because their breed was the last on in their ring. Once we arrived at the showground, we brought all stuff; chairs, tents, tables, to the ring and put it all together before we began to prepare the dogs. Since our gang consisted of so many people – it was an easy task to get it all done. The grass was badly burnt and really hard and our dogs didn’t like it at all and it was a real problem once the judging of our breed commenced. 15 bichons were entered for the Swedish judge Henrik Johansson. First out was Hjalmar in intermediate class, and he got Prize of honor, which wasn’t bad since all the others competing for CC received anything at all. In champion males Kurt won and Dennis was second with exc among three competitors.  Felicia showed Dennis very well and he moved like a dream in the ring. Since our dogs got the only exc in males this was also the placement in best male and Kurt received CACIB and Dennis r-CACIB. Among the bitches Astrid was third in her class since she didn’t want to show herself. Ulla’s and Göran’s Nikita was the star of the day. She won open class with Exc and the judge liked her so much that she ended up as third best bitch with CC! Her first CC. This was great since it was her first show in Sweden. In champion class Birgit won and Ebba was second, this was the same in best bitch so Birgit received CACIB and Ebba r-CACIB. When it was time to select the winner, Kurt and Birgit entered the ring and Kurt was BOB and Birgit BOS. Then it was time for Berit to show her beautiful kids in the ring – Dennis, Hjalmar, Birgit and Astrid. Our progeny group got prize of honor and so did our breeder group, which consisted of Dennis, Hjalma, Birgit and Nikita. It became warmer and warmer during the day and the sun was really strong. So when it was time for the finals there was a nice breeze so it was lovely to sit and watch all beautiful dogs that were shown. During the afternoon also the Bäckström family arrived and they had had a nice day in the ring. Their male got the CC and they had got placements in both  best male and best bitch. Felicia and Dennis competed in juniorhandling and they did so well!!  Among 18 handlers, Felicia was placed fifth. Then it was time for the finals. Berit’s progeny group was BIS and as always she was very happy! Then it was time for Kurt and he did so well and won group-9! Unfortunately the hot weather made Kurt tired so in the BIS-final he didn’t do his best and didn’t get a placement this time. Well, we were very happy and proud of all the great results we had during the day.

On our way back to the hostels we did some shopping and also got some news regarding the world cup in football, which was held in Germany. After a long day at the show it was nice to have a shower and then time for dinner prepared by Jan and Lena. It was delicious and then it was time for some cake to celebrate the success we had had in the ring during the day! We also had some champagne and after that even more food, candy and stuff! The dogs enjoyed to relax in their playpens. So came another day to an end and it was time to go to bed.

Sunday
We didn’t have to get up as early this day since our tents were already at the show ground. Well, at the show ground we once again had a nice day – lovely weather and great results in the ring! Kurt was best male, Hjalmar was second with CC and Dennis was third. Astrid won her class with Exc, Nikita was second in open with Exc. Ebba was best bitch, Birgit was second and Astrid was forth. Our progeny class and breeder group both got prize of honor. In the finals Berit’s progeny class was once again BIS and our breeder group was BIS-5. And finally Kurt was group-2! What a great day! Thanks to all our fantastic puppy buyers and lovely friends for all your help! Well, now the shows were over but we still had time to explore Gotland. First we got our cars and then packed everything in them and left for Visby. We had a wonderful walk around Visby, a very beautiful ancient city and it was so beautiful.

Monday
We cleaned the rooms and then headed to the cars to go for a tour around Gotland. We made stops in beautiful places and got to see so much. Well, when you have fun time flies and soon it was time to head back to the ferry and time to leave Gotland for this time! 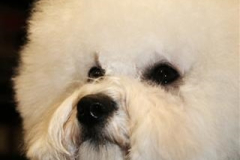 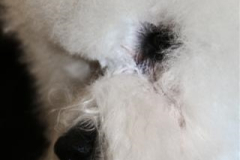 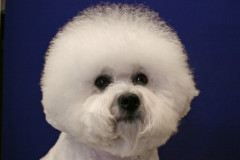 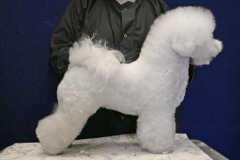 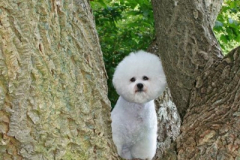 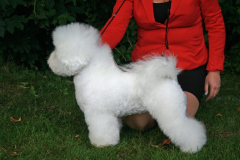 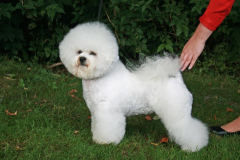