For several years we’ve been arranging activity days were ALL bichon owners are welcome to participate. This arrangement has become very popular and here you can read about the most recent occasion.

On Sunday April 29, it was time for Hardy-Flap’s kennel to arrange an activity day for bichons and their owners at Vellingeblomman. The day began at 10 o’clock and around half past nine happy bichons and their owners began to arrive. The fee was 40 Skr for each bichon and everyone received  a bag with lots of different stuff. Lots of bichons and owners came to this year’s activity day!! We are fortunate to borrow Jeffe’s and Svante’s  private lawn, which is so big that there is plenty of room for everyone. There were bichons from different kennels, in different ages from different places in the South of Sweden. Some had been driving for several hours while others could almost walk to Vellingeblomman. EVERYONE was of course welcome and it was fun to study all these bichons that were so happy to meet so many other bichons. Happy, were all the two-legged too! It was a wonderful and happy atmosphere and lots of laughter was heard during the day. Bichons are happy and crazy – but so are their owners too! We began the day by taking a photo of all the participants. We had been a bit worried about the weather but there was no reason for that at all! It was ok!
When the photo had been taken, the dogs were divided into several groups and it was time to train agility and obedience. There were a lot of skilful bichons with owners that showed what they could do and it didn’t matter whether the dog was young or old (or if the owner was it!!), the training was adjusted to each dog. All the dogs got to try all the different things.
After the training it was time for new challenges. Almost everyone took the walk around Vellingeblomman and answered the questions that had been put up all along the walk. There were also some practical tests that had to be carried out. The weather showed itself from its best side and it was lovely to sit in the grass and have a cup of coffee while chatting with everyone around. After the coffee break it was time for the bichon race! Now it was time to see who had the fastest bichon of the day and it was lots of bichons that wanted to win. In every heat four dogs competed and the owners had to run 15-20 m and then call for their dogs. At a special signal the dogs were set loose and the dog that first crossed the finishing line was the winner and was to compete at the next level. It was fun to see how differently the dogs reacted… Some of them didn’t understand at all what was going on and stayed put, while others went in a different direction and some run like crazy to their owners! The winners of this year’s bichon race were Alice, among the adults, and Bamse, among the puppies. The owners of the winning dogs received a trophy for their bichon’s achievement.
Now the day was almost over and then we had a barbecue and enjoyed the food with all our friends. It was a very special and wonderful day! Thanks to all of you that came and joined us – you will come next year too, won’t you?
Thanks to all of you that helped out during the activity day! You are fantastic. 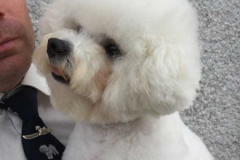 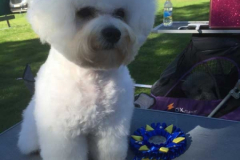 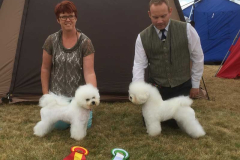 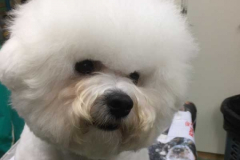 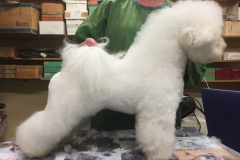 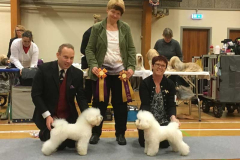 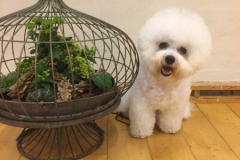 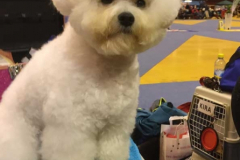 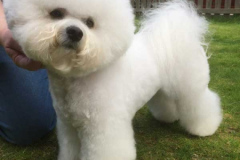 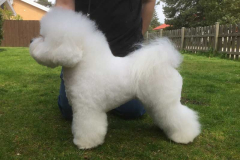 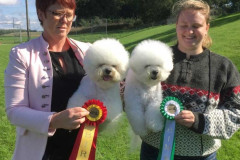 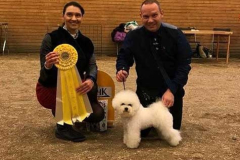 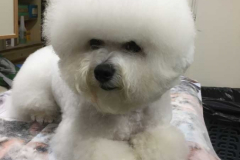 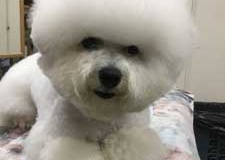